Are you searching for a periodontist in Pune? If yes then Pathak dental clinic is the right place that provides you with all the dental services under one roof. 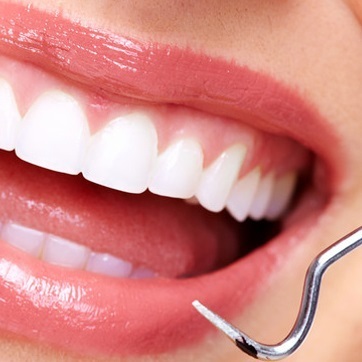 What is Periodontal disease?

Periodontitis also called gum disease. it is a serious gum infection that damages the soft tissue and creates inflammation around the tooth. periodontitis occurs when the bone below the gums gets infected due to Microorganisms, such as bacteria plaque, Colorless membrane develops on the surface of the tooth, and in the pockets surrounding the tooth. Good dental Hygiene can prevent Periodontitis.

Gingivitis starts when food debris mixes with saliva and Microorganisms which, in turn, forms dental plaque that sticks to the surfaces of teeth. If dental plaque isn't removed, it can become Tartar, which is very hard, and only professional dental cleaning can remove it.

if you found the same symptoms as above, then don't waste time and contact our periodontist in Pune.

Improper oral hygiene is the primary cause of gum disease that allows bacteria But other factors increase the risk of developing gingivitis. Here are some of the most common Causes of Gum Disease.

To determine whether you have periodontitis, our periodontist may examine your mouth to look for plaque and also measure the pocket depth between gums and teeth.periodontist may suggest X-ray to check bone loss(if necessary).

After the Diagnosis, Our periodontist will Make a treatment plan according to the severity of the disease. Treatment may Non-Surgical and Surgical.

Our periodontist Recommend non-surgical treatments are typically only available to patients with mild to moderate periodontal disease.

Scaling is the popular non-surgical treatment used to remove the tartar and bacteria plaque from over the tooth and from under the gums. Root planning softens the root surface and removes the bacteria that responsible for the Inflammation. Root planning also Avoids further buildup of plaque

Sometimes plaque and inflammation of gum tissue can control using antibiotics. antibiotic mouth rinses or gels containing antibiotics can be used to eliminate bacteria from the gums.

If you have critical periodontitis, treatment may require dental surgery, such as

In this procedure, the gums are lifted back and tartar is removed and damaged bone is smoothed. The gums are then placed so that the tissue fits around the tooth. Reducing the space between the tooth and gum also restricts the areas where dangerous bacteria can grow.

This procedure is performed when the bone surrounding your tooth root is destroyed by periodontal disease. Bone Graft may be composed of fragments of your bone, Synthetic, or donated bone. Bone grafting makes a strong attachment of the teeth to the bone. It also provides a platform for the growth of natural bone.

This procedure restores affected gums or fills in places where gums have receded. In this procedure, a small amount of tissue is taken from the roof of your mouth i.e. palate and then stitched to the affected place. This can help reduce further gum recession.

Best Periodontist Near Me

If you find yourself in need of urgent treatment due to gum disease and looking for the best “Periodontist near me” then just contact us. Dr. Manish Pathak, a periodontist in Pune performs both nonsurgical and surgical periodontal treatments to control and treat periodontal diseases. At Pathak dental clinic, Dr. Manish Pathak and team perform gum treatments with specialized expertise in this field. All the procedures are conducted painlessly and utmost care.

It lets your Teeth Breathe

One of the best clinic in our pimpri-chinchwad Industrial hub thanx manishji for your team and your vision. Salute to you..and your team

We are highly obliged by the service rendered by Dr. Manish pathak sir and their entire team by giving them their best effort for fixing the teeth, with full perfection and dedication , and helping on the time of urgency and situation, may god bless